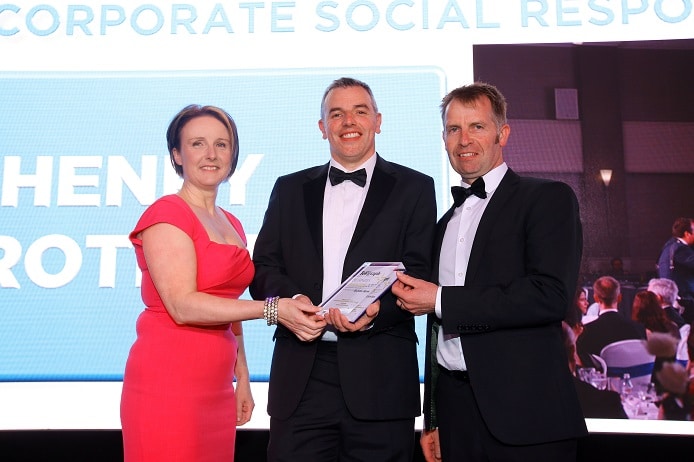 Over 350 of Northern Ireland’s brightest and best business people attended the 2017 Belfast Telegraph Business Awards in partnership with Ulster Bank at the Crowne Plaza Belfast. The black tie event was hosted by BBC NI presenter Wendy Austin and featured an inspirational and motivating speech by record-breaking polar explorer and adverturer Alan Chambers MBE.

Richard Donnan, Ulster Bank Head of Northern Ireland, said he “had the privilege of being one of the judges and that was an inspiring experience, underlining the calibre of businesses that we have in Northern Ireland and some of the great things being done in the local business community.”

Henry Brothers were announced winners of the Excellence in Corporate Social Responsibility Award reinforcing our dedication to excellence and integrating corporate responsibility into the way we do business, having previously won this award in 2014.